Head of Physics mentoring in other schools 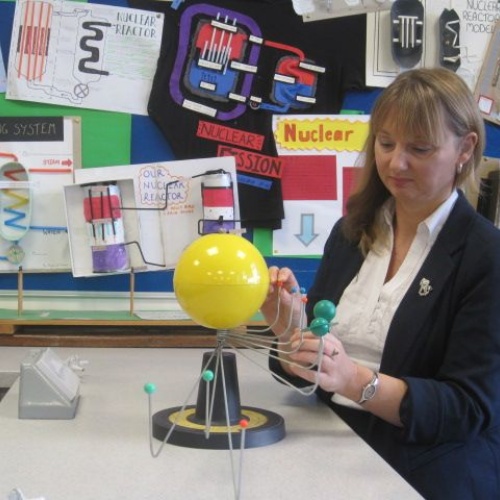 This September Mrs. Mighall, our Head of Physics, has begun delivering training for Physics teachers in the local area. Whether it’s old Physics equipment that they don’t know how to use, or coaching teachers who are less familiar with the new aspects of Physics, Mrs. Mighall is able to share her expertise.

The Institute of Physics has designated Rugby High School as a “Lead School” in Physics.  Mrs Mighall was alerted to a position at the Institute by Ms Marten for her outstanding teaching ability. Following an interview over Skype and telephone, Mrs Mighall was appointed to the mentoring position. She is hoping to sign up between 6 – 8 schools within the next few weeks and is starting her work properly after October half term. Her job will entail things such as running sessions after school, giving new Physics teachers tips on how to incorporate maths within Physics, and explaining to technicians how various Physics equipment works.

The Institute of Physics is encouraging all young people to be involved in the world of Science. There is a particular emphasis on encouraging girls into Physics, which is seemly for Rugby High as this is one of our specialities. After 17 years of experience at our school Mrs. Mighall has gained the chance to pass that experience on and inspire the future generation of engineers and moon landers!