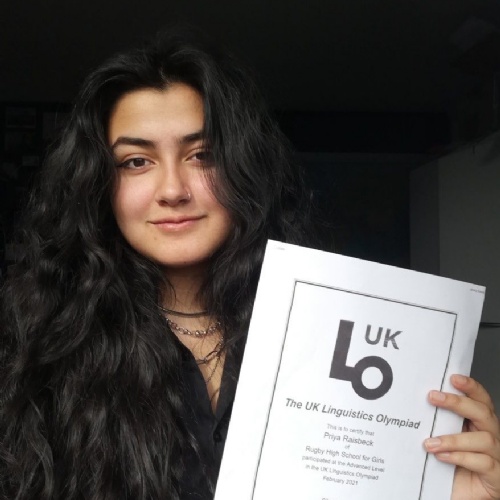 Earlier this month I competed in the UK Linguistics Olympiad. It’s a competition similar to the Maths Challenge, but with language-based problems. They often use languages that are very obscure and spoken by a small number of people.

I had to complete a paper of 5 questions in which I had to recognise grammatical patterns to match up words with their translations, or conjugate a verb, sometimes using an entirely different alphabet, such as the Mandombé script - an artificial script from the Democratic Republic of Congo.

I prepared by completing past problems from both the UK and Australian Olympiads, and after having my paper marked by a lecturer in Psycholinguistics at UCLan, I managed to achieve a silver award, which put me in the top 10% of contestants.