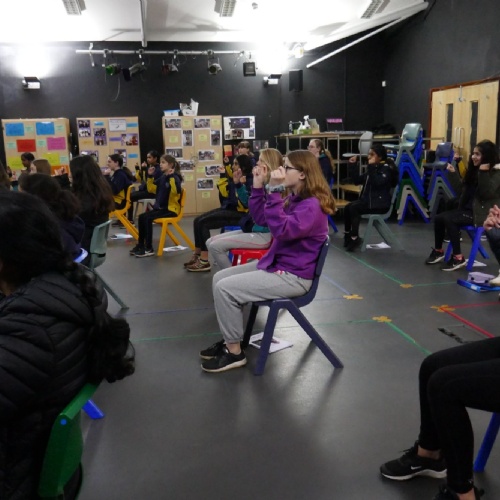 #tuneuptuesday gave schools the opportunity to celebrate the impact of arts in the development and mental health of young people in the UK. On 24 November, RHS took part in this uplifting event, allowing us to join thousands of students (albeit virtually!) across the country in this uplifting event, connecting us all in the power of the creative arts.

Mrs Vann’s Year 7 form did a wonderful body percussive exercise lead by our very own Dame Everlyn Glennie; year 12s listened to a careers talk by Junior Doctor and Psychiatrist Devika Patel’s experiences of studying Art in school and how it influenced her career; KS3 Drama did a wonderful ‘wake up dance’ warm up led by Louise Lenehan before their lesson on script work; and Ms Mason’s Year 11’s engaged in a virtual lesson with activities set by Mark Fisher on how to write about theatre and how our experiences in the wider world affect how we view it. 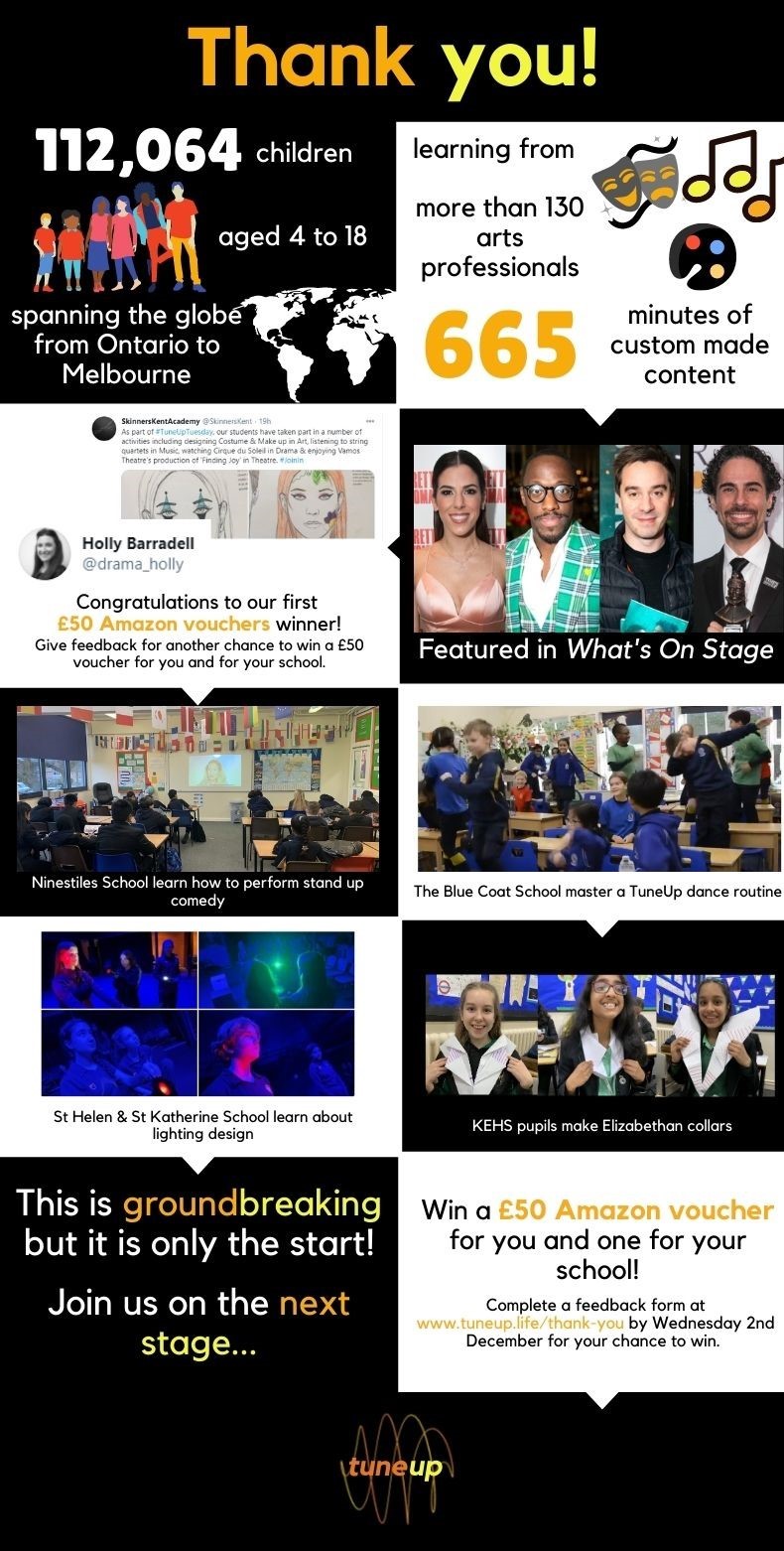 Coronavirus. The word of 2020 with endless connotations. Whether solitary confinement meant you felt able to learn more about yourself, or if not seeing your mates was like when a small child is told to put away their game and come to tea "right now!", certain people and groups were hit hard - without a doubt, just like the creative industries and the theatre for example. When watching The National Theatre's production of "Jane Eyre"- I felt calmed and nostalgic ; it brought back memories of school trips to see similar productions by them and made me appreciate the effort and control needed for such an effective piece. The ensemble created a beautifully authentic world and life for the young Jane, I was captivated, and the almost operatic musical elements (directed by Benji Bower) added poignantly to the storytelling.

In the past few months, we've all experienced a plethora of emotions (including some that seldom make an appearance) and it's been difficult at times to understand why we're feeling what we are. This is why I really enjoyed Ammar Duffus and Maria Omakinwa's authentic approaches to character in "A Monster Calls" at the Belgrade Theatre; they perfectly portrayed the complexity of the human mind and therefore gave an incredibly engaging and believable performance.

Coronavirus has impacted lives around the world but especially those in creative industries. Now as much as I miss working and seeing theatre live, I must admit how lockdown has improved my theatre viewing. Now as someone that absolutely loves theatre, I hate how it is so inaccessible to those who may not have the money necessary to go see productions live. The National Theatre's production of “Jane Eyre” was absolutely brilliant and I would even dare to say better online than in person. The use of subtitles also helped as someone who struggles to process what people say. With close ups of actors faces they managed to convey emotion and the sense of intensity between characters even better than for an audience member sitting in the gods so far away from the stage they can barely see the intricate movements directors and performers put in place. The same can be said for their production of “Amadeus”.  The use of camera angles developed the gradual journey of Mozart's isolation and descent into madness.