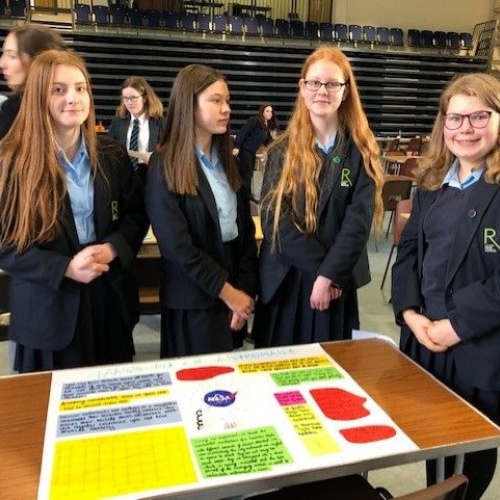 On Wednesday the 11th of February, a team of four year 9s took part in the Super Physics competition, an event sponsored by the Institute of Physics. The event was held at Leicester grammar school, a private school 7 miles from Leicester cathedral.

The day kicked off with an introduction from Alan Denton (Science Alan) of the Institute of Physics in the science lecture hall. ‘How many piano tuners are there in London?’ was the first question of the day from Alan to start to get us to use estimation (the answer Alan came up with was around 140). We then moved round the hall and conducted 8 physics based experiments such as the expanding universe, light and colours and the seasons. For each we were given a method sheet with questions about the experiment. After the experiments, we had to choose our favourite and create a poster and presentation about it. Each team was judged by teachers from the other schools.

After the marking, we returned to have a lecture from Alan. The lecture was very interesting, ranging from all the jobs you can do with STEM- Science, Technology, Engineering and Maths- to ‘magic’ tricks. Then it was time for the long-awaited results. In 3rd place was Stamford High school, second went to the host, Leicester grammar, and 1st went to king’s school, Grantham. Dr Fletcher also found that the 4 girls from Rugby High School came 5th out of 19 teams. She has said that ‘[the girls] threw themselves into the different investigations against very stiff competition. The girls all kept their cool and were a credit to RHS.' 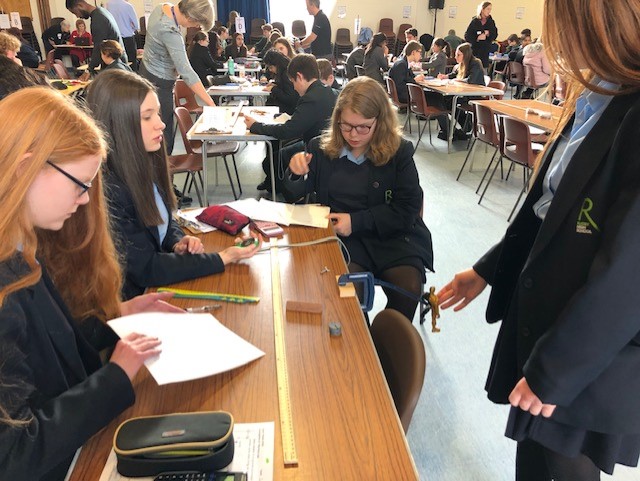