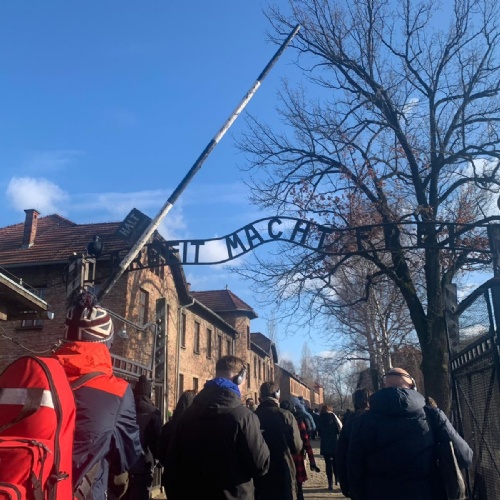 Funded by the Holocaust Education Trust, 4 students visited Auschwitz for the day.  Along with 185 other Sixth Formers from across the West Midlands, they were collected from Krakow airport and taken to a small museum in the Polish town Oswiecim which documents the history of Poland during the Second World War.

Their visit was concluded with a memorial service given by a Rabbi who had come from London for the day.

Georgina Hopwood, one of the 4 RHS students on the visit: “I am still in shock from what I saw.  It was so challenging to see the images of suffering.”

“Those who do not learn from the past are doomed to repeat it." ~ George Santayana