A Play in French 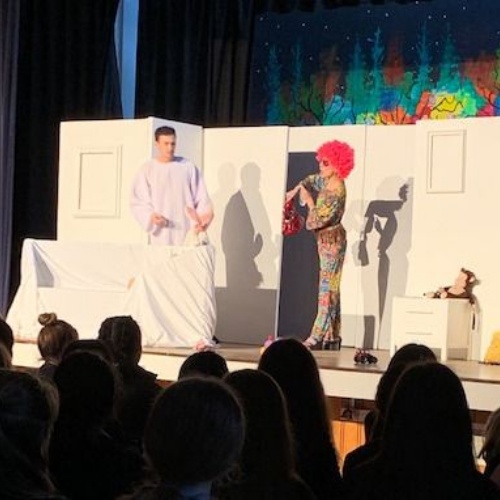 On Tuesday those students at RHS that study French had the amazing opportunity of seeing what was for many, their first French play.  Called “Les Garçons” and performed by Onatti Productions,  the play focused on a young woman called Natalie and follows her night babysitting, with an appearance from her cheating boyfriend that results in a lot of drama.  The play did not only never fail to entertain but also included the audience, with opportunities for us to use our French. A lot of students were apprehensive about watching a play in French as they thought they would be unable to keep up and would not understand what was going on, however they had nothing to worry about! The play incorporated language elements that we all knew and even if we did not know every word, we were able to comprehend what was happening. Organised by our own languages department all students from Year 8 to Year 11 were able to see the performance and we all found it incredible. Students commented that the play was “really funny” and “way more entertaining than I thought it would be”. These opinions resonated with all the students and everyone was very thankful for the experience.  So, a huge thank you to the languages department for organising the event.