Rehearsing for A Midsummer Night's Dream 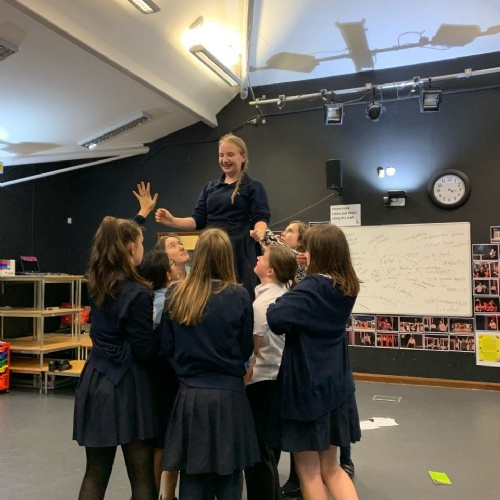 Preparations began back in June for this year’s school play and now the cast lists are up and rehearsals are well underway to bring to life Rugby High’s modernisation of “A Midsummer Night’s Dream”. Students from across the school have come together to tackle William Shakespeare’s classic tale of love, power and mischief, and already three totally different realms have started to emerge from Shakespeare’s texts. The cast of Chorus One have begun to create the mystical world of the fairies, while Chorus Two are busy bringing the lovers’ dynamic relationships to life on stage, and the performers portraying the very entertaining acting troupe “The Mechanicals” have been working on the challenge of the play within the play. Ms Kane has also begun to paint the backdrop that will decorate the stage and help set the scene for the characters. This production experiments with use of stage space and so the wall between the actors and the audience will be blurred. Everyone is working very hard to make this the best it can possibly be and it is sure to be a magnificent production.