Prison Me No Way 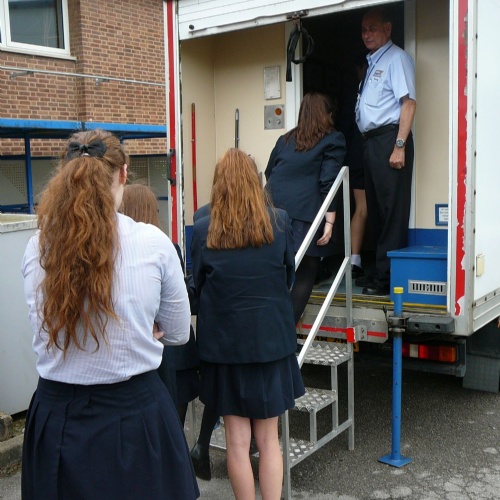 A day for Year 10 that raises awareness of the causes, consequences and penalties of crime

The ‘Prison Me No Way’ day for the year 10s consisted of workshops including prison, fire, choices, court and county lines scenario. At the start of the day, there was a demonstration with firefighters showing how, in a major car accident, they would work as a crew to remove the roof of the car and remove the casualty safely away. Not only did this show how emergency services deal with major accidents but was also a testament to how efficiently the firefighters are trained to be under immense time pressures. For the rest of the day after splitting up into groups, there were different workshops led by the ‘prison me no way’ team. One of these involved looking at an actual prison cell and asking ex-prison officers questions about their experience of working in prison. Another workshop involved participating in a scripted trial to understand how a scenario of young people committing crimes would be dealt with in court, in a fair and just way. Overall, this was a great, informative experience which provided an understanding on both the legal system and how young people can avoid making the wrong choices.