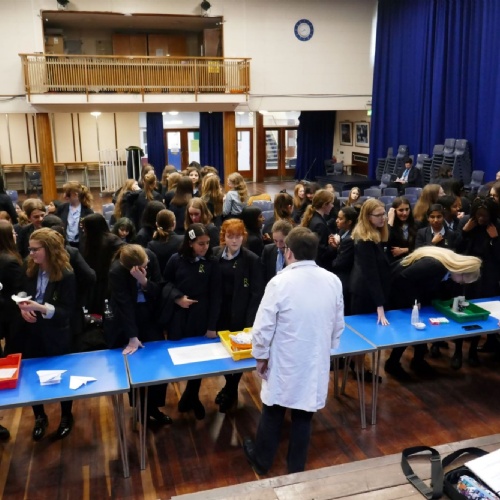 Last Wednesday, Year 9 assembled in the hall in anticipation of the launch of CREST, reimagined and updated. Waiting for us in the hall was Dr Brown, a trusty PowerPoint and a selection of experiments. “CREST is a scheme that inspires young people to think and behave like scientists and engineers.” Quote from crestawards.org

Explaining all the new projects, from rollercoasters to water fleas to fingerprints, Dr Brown enthused about all we were to embark on in this break from curriculum. To the relief of much of the hall, she also let on that this year, no surveys would be sent around in registers.

We were also treated to an award-winning presentation from year 10’s  Anna Farrow and Maia Tiffen who  presented their project on plastic bags that got them through both the school and regional finals picking up an award for enthusiasm on the way.